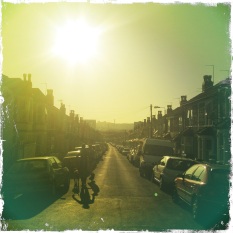 After a week that saw Google celebrate Robert Moog’s birthday (with another typically time-wasting exercise) and Blighty come together as one to drink and pink under the unyielding furnace of a heatwave, I found myself trying to persuade my girlfriend of the merits of Kool & the Gang’s ‘Summer Madness’ over Jazzy Jeff & the Fresh Prince’s ‘Summertime’.

She may well have been underwhelmed by the original – it’s hard to compete with the chart hits of our formative years – but for me, The Gang do far more to capture the essence of a blistering summers day in instrumental than Will Smith achieves in three verses and chorus.

Don’t get me wrong, I’m no ‘Summertime’ denier. I was in secondary school at the time of its release and inevitably know every word. The Fresh Prince’s talk of cars and girls over Jazzy Jeff’s beats do little injustice to the 70s original (but obviously owes it a great debt). In the end it’s just pop music; blunt and abridged. ‘Summer Madness’ is timeless, universal. You could play it to Captain Caveman and he’d know what it was about. He always was sharper than he looked – Charlie’s Angels had to see something behind that hirsute veneer.

The quiver in the organ’s first chords alone conjure images of rippling heat refraction over sticky tarmac. The bass seems heavy, claustrophobic and thick, a lazy rhythm guitar brings a mellow breeze. And there are no other words for that synth work, culminating in its insane, over-extended, glaring high note; it’s fiery, debilitating, trip-inducing, summer madness.