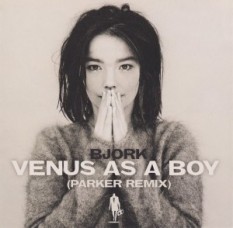 Born a queer mix of trip hop’s unhurried introspection and drum’n’bass’ industrial angst, dubstep might hail from North London but Bristol’s more urbanite musos would make a strong claim for custody in the South West. Ill-defined at best, dubstep, with its predilection for nightmarishly dark, bleading-edge sound-tinkering appears to bear little resemblance to its soul-based forebears.

By turns fussily obtuse or impenetrably abrasive and in your face, it is the hoodied, belligerent teenager to soul, funk and reggae’s upbeat man (or woman) about town. It’s a goth with street-cred, a latter-day punk if you will, where the youth of today use their toys to give the finger to the cosy establishment.

As discussed on Hidden Crate pages previous, Bristolian DJ and producer Parker isn’t one to overly concern himself with genre and appears to have taken something of sinister turn of late – perhaps saving the uppers for he and Boca 45’s Beekeepeing duties. This illicit free download (available to signatories to the Parker mailing list) might render the above preamble superfluous by not conforming to dubstep norms (or abnorms) but by way of demonic synths, apocalyptic drop-outs and dubby effects it more than nods in their direction. Even Björk’s vocals are a foil for dubstep’s juxtaposition of the heavenly and hellish.

By wringing out the playful elements of the original and channelling the rest through a Skynet rehabilitation programme, Parker opens this most now of sounds to the geriatric masses.