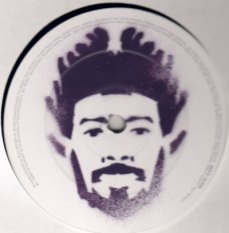 ‘A Place In My Heart’ received no small degree of pre-release endorsement from jazz missionary Gilles Peterson, championing it on his BBC Radio 1 Worldwide show and including it in his Brownwood Bubblers Six. And a Rhodes-driven bubbler it undeniably is; deftly swirling through a subtle crescendo of heartstopping delicacy, populated by layered guitars and maddening moog, further interspersed with satisfyingly bassy bumnotes.

Conceptual fractured junglist Christina Ryat, having drawn comparison with Icelandic avant-garder Björk, here exercises a greater restraint over flights of the maniacal to bring the track a heartfelt and haunting air.

Completing the picture of rounded erudition, the cinematic and appropriately disquieting video, featuring Taylor’s brother Jevon, places the subject matter firmly in the territory of a lover’s watery suicide. Gulp.

Taylor McFerrin feat. Ryat – Place in My Heart from Simon Benjamin on Vimeo.